I wanna talk about an internal struggle I have had for many years now. Something that affects me profoundly, however trying to stop doing it, is and has been harder than I thought.

That is to stop eating any and all red meat.

Hell, if I could, I would become full-on Vegan, but I just cannot bring myself to become a follower of this irritating cult, let alone enjoy Brocolli or shit like that (EDIT: I actually eat Brocolli now). I would just completely fade away. I’m just too much of a fussy eater to become full-on vegetarian or vegan.

Reminds me of the joke…

“how do you know someone is a vegan?” They tell you…

So I’m not really sure if this is a thing, however, I’ve been feeling like a hypocrite for such a long time, and I’ll tell you why. I wouldn’t be surprised if one of you felt the same or at least also have this bloody internal struggle. Hence this article/video!

See, I do not use animal tested products. I donate to PETA. I do not hunt or condone hunting, yet for the longest time, I ate that which I was against being hunted or killed. Kinda turning a blind eye to it in a way.

“Nah dude, I don’t see it as an animal. It’s just a piece of red thing that I so happen to enjoy eating. No harm. No foul.”

I’m not quite ready to become a vegan (I doubt I’ll ever be). However, my baby steps are giving up red meat and only going for stuff like chicken and fish. I believe it’s called Pesco (fish) Pollo (poultry) vegetarian. Not that labels matter to me.

As part of my whole transformation journey, many things have become clearer, and this was one of them. And I’m really in two minds as to whether blood type diets even work or not.

I’m O+, and apparently, I need to eat Red Meat. Thing is though that when I do, I feel like shit. So who knows… Oh, and the other thing was coffee and what it really does to your system, but I’ll make a separate video about that.

Now, don’t get me wrong. The whole killing of animals, in general, goes against every little bit or my morality but that being said, I am fortunate to live in a country where the slaughtering of our animals is far more humane than the rest of the world.

About the only good thing about this godforsaken land. Aaand that helps me sleep better at night.

Another country that I believe has immensely strict animal cruelty laws is Australia. Been there before and loved the place. If you’re from Aussie and watching this… “goodonyah“!

So what’s my point here?

Well, very simply put. As I said before, I believe that there are many people out there sitting with this same internal struggle of…

I’m not here to convince you of anything, however that being said, I would love to hear your opinion on this topic. Both from a spiritual and moral standpoint as well as a health and fitness standpoint.

Because there will undoubtedly be 2 or even 3 sides of this fence.

Getting back to the whole transformation journey, this has thrown things a bit out of whack along with some other silly issues which now forces me to kinda start all over again. Sucks balls, but hey… that’s how we learn and grow and fall and get back up and move forward and and and.

Too many people I believe either don’t care or don’t have a clue. Let’s change that.

I am Ru, and I’ll end off by saying that I will forever stand up for animal rights as much as I am able to and by giving up red meat, it’s a step in what I believe, the right direction personally.

Whatever you choose, whether you continue eating red meat, biltong, kangaroo, shark, chicken, fucking crickets or fish. That’s your prerogative, and it’s OK. All our opinions differ. All our morals differ. We are but human.

So let’s chat about this. 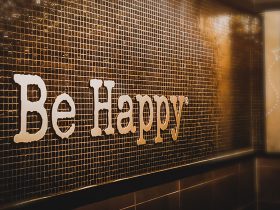 Depression & Not Giving Up – Let’s Continue This Journey, Yo!