Why is it so goddamn hard to just say “no”?

My theory on this is, well, we don’t want that person to dislike us or we don’t want to “hurt” the other person’s feelings. The thing you have to consider though is, at what cost do we say “yes” when we actually want to say “no”?

The truth of the matter is that some people will think you’re a jerk anyway, no matter how nice you really are. So stop worrying about what people think, and just say no already.

Let’s be real here for a second. Most people have no boundaries and due to this, people do not respect other people.

Janet needs $1000 for whatever reason. So she asks her best friend Gary if he can borrow her the money. Gary, not wanting to sound like an asshat and sure as shit doesn’t want to be disliked by Janet, takes out his credit card and gives Janet $1000.

Now, this does 2 things…

What should have happened was…

Gary should have been more assertive and say “I’m sorry Janet, but I am not in the position to lend you $1000 right now. How can I support you in any other way?”

We tend to over-complicate things and it only causes more headaches than anything else.

Now, I am not saying you should start becoming a “No Man“. What I am saying is that it’s OK to say no.

Listen, I know it’s not easy. In fact, sometimes it can be so tough to say no that you end up giving in by just saying yes. It’s human nature – we want to be agreeable, we want to be liked, and we want to be kind.

You have every right to say no without feeling guilty, and as long as you don’t do it in a nasty way, you’re not a jerk. Plain and simple.

Stop saying yes when you want to say no.

Reminds me of my best friend actually. When I ask him if he wants to do something with me and he doesn’t want to, he simply says “No thank you“. DONE. No harm. No foul.

Used to grind my nuts, but who am I to judge his decisions in life, right?

Here are some tips on how to say no:

Just say “No…”. Be polite, but for the love of all things holy, STOP pussyfooting around.

If it doesn’t feel right, listen to your instincts and say no.

If you’re justifying your “no” too much, it could come across as a lie. Don’t do it.

Now, saying “no” to a friend is still a tricky scenario. Especially when you’re nervous about damaging the relationship.

The late Steve Jobs once said:

Focus is about saying no.

And if someone gets furious because of your sane, reasonable, elegantly articulated “no?” Well, he or she was probably never your true friend, to begin with.

So that now, you can say “yes!” to a friendship with somebody else.

Find Us on Social 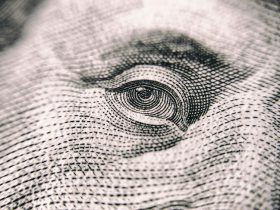 No More Hypocrisy & Why I Am Stopping Red Meat

No More Hypocrisy & Why I Am Stopping Red Meat